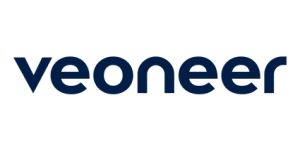 Not just a number

As a development partner with well-known OEMs and suppliers, our engineers and IT consultants work as specialists and executives on the success of current significant projects in automotive engineering on a daily basis. With over 500 employees, we face challenges in our own way: with passion, sympathy, and commitment. We are known as much for our top-class development and advisory expertise with highly-qualified and motivated employees as for our reliability, professionalism and an Italian, informal corporate culture.

Despite our strong growth, as an owner-managed company we place great value on a simple, open and welcoming working environment. People – in all their diversity, creativity and individuality – are our top priority. Communication on equal terms and transparent decisions are just as important to us as shared experiences. Whether that’s public viewings, festivals on the Cannstatter Wasen, skiing trips or a summer party, there are always lots of opportunities to celebrate and keep in touch with colleagues outside of work.

Company founded with a welcoming atmosphere

Massimiliano Cava comes from the Province of Salerno in Italy. He studied electrical engineering in Naples. Always on the lookout for new challenges, he moved to Braunschweig during his studies even though he didn’t speak any German. He didn’t stay long in his first position in Lippstadt, handing in his notice after only a few months, saying: “There was no passion in the work.” He was subsequently employed at Magneti Marelli and smart. He founded DA VINCI ENGINEERING, a company for engineering services, in 2005.

The first office was established in Stuttgart-Vaihingen at Magneti Marelli. Additional engineers and test drivers were employed.

Before long another office was built at Magneti Marelli. Its expansion meant that in 2007, Da Vinci employed over 40 staff members in its main office from the fields of recruitment, sales and IT who coordinated the company’s day-to-day business.

The company is still growing steadily to this day. Around 300 employees from 50 or so nations currently work at Da Vinci Engineering. The variety of cultures represented in the company enables us to combine our diverse skills and to learn something new from them.

We can proudly look back over 15 years of our company’s impressive development. We increased in size from 3 to over 400 employees in the shortest time and have achieved great success in a sector that is constantly and rapidly changing.

In addition to numerous operating sites, Da Vinci has the following locations:

We’re looking for you – come and join us!

We’re looking for technology freaks, solution finders, lateral movers, high-flyers, recent graduates, experienced employees as well as people who are hungry for knowledge and have organisational talent. Motivated employees are our success!